Trending
You are at:Home»Community»Roberto Leal 1951-2019: A true ambassador of Portuguese music 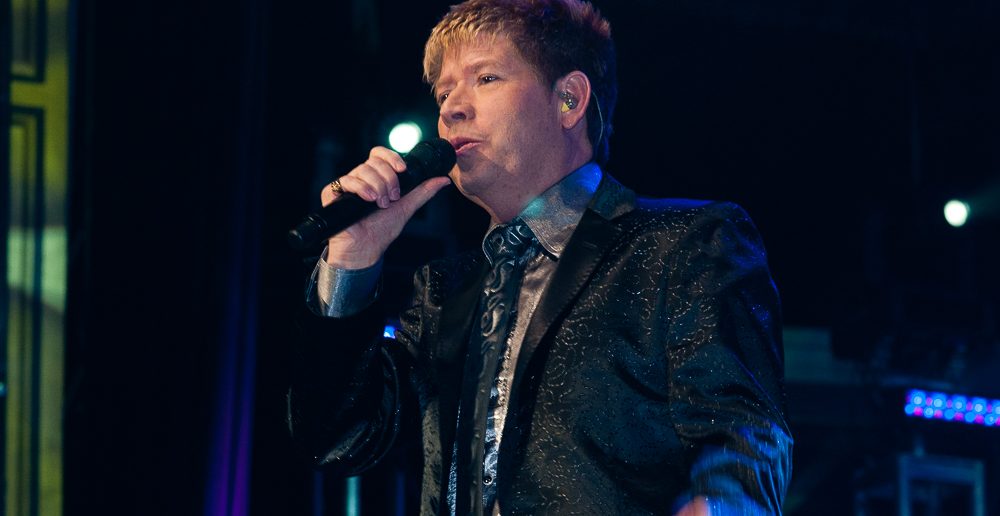 The wake of Portuguese singer Roberto Leal, who died of cancer on Sunday, touched hundreds of fans, who said their last goodbye to the artist at Casa de Portugal, in the center of the Brazilian city of São Paulo.

Roberto Leal, stage name of Antonio Joaquim Fernandes, died on Sunday of cancer. The singer divided his career between Portugal and Brazil but also had a career in politics, film, and television.

The singer was born in Portugal, in the Transmontana village of Vale da Porca, municipality of Macedo de Cavaleiros, from where in 1962 he emigrated at the age of 11 to Brazil, with his parents and nine brothers.

In São Paulo, after working as a shoemaker, candy seller, and Fair worker he began his musical career and recorded his first album in 1970.

A year later, he achieved his first big hit with “Arrebita” and had his first experience on Brazilian television, repeating it in 2011, in Portugal, by participating in the RTP program “O Último a Sair “.

“Arrebenta a Festa”, released in 2016, was the last of over 50 recordings during his career.

He sold over 17 million records, 30 Gold and five Platinum, and won several awards, including the TV Globo Golden Globe Trophy in 1972.

Roberto Leal also became involved in politics. In 2018 he ran for state deputy, in São Paulo, for the Brazilian Labor Party.

In Portugal, he joined the PSD party in 1991 where he also performed shows during the campaign for the legislative elections, and in 1995 participated in rallies.

His career was divided between Portugal and Brazil, where he lived, presenting himself as an ambassador of Portuguese culture in Brazil.

On this day of sorrow, many messages were published by politicians, artists, and friends about the passing of this Portuguese music idol known around the world.

President of the Republic of Portugal, Marcelo Rebelo de Sousa

A note from the Presidency of the Republic, expressing his condolences to the family, read: “The President of the Republic remembered Roberto Leal with friendship, recalling his role with the Portuguese communities, namely in Brazil, with connection to his roots, for several decades”,

“He [Roberto Leal] is an example of the best that Portuguese communities have, that is, of a person who has embraced a career, made a living, triumphed, but has never forgotten his roots, his connections with Portugal. Therefore, like so many others, it was a bridge, in this case between Portugal and Brazil,” said Augusto Santos Silva in an interview with Lusa.

In addition to the musical merits, the head of Portuguese diplomacy stressed that Roberto Leal is “an exemplary expression of this ability of the Portuguese to build bridges with other countries.”

“Therefore, I am not surprised by the feeling of great pain, and of deep longing, that has been noticed these days, both here in Brazil and in Portugal”, added Augusto Santos Silva. Who canceled his political campaign commitments, after arriving in the city of São Paulo, to represent the Portuguese Government at the wake.

“I wanted to say that this is a profound loss for the Portuguese community, for the ones who live in Brazil and more specifically in São Paulo,” said José Luís Carneiro to Lusa.

For José Luís Carneiro, Roberto Leal’s life story reveals a determined man who experienced prejudice when he arrived in Brazil, and managed to impose himself.

“He was able to assert himself for his merit and work and earn respect from the Brazilian community and the respect and admiration of many Portuguese from different generations who are attentive to their cultural and artistic creation,” he said.

José Luís Carneiro considers that Roberto Leal is a symbol of a generation of Portuguese who left the country in the 50’s and 60’s, experienced many difficulties and managed to overcome prejudice by becoming an example on several levels.

The Secretary of State also said that he presented the condolences of the Portuguese government to the singer’s family, which he considers to be “a symbol for those who have suffered the same difficulties and managed to overcome all obstacles”.

Governor of the Brazilian State of São Paulo, João Dória

“Roberto Leal will be missed. He was Portuguese by birth and Brazilian by the soul. He loved both countries and had many admirers in both. My solidarity with family and friends. Rest in peace, Roberto [Leal],” wrote João Doria in the Twitter

“His death represents an irreparable loss to the Portuguese family, to Portugal, to the Luso-Brazilian community, but certainly also to the artistic world and the music scene in general,” Jorge Cabral wrote in a note sent to the agency. Lusa

“Roberto Leal, stage name of António Joaquim Fernandes, was a simple and friendly man, always proud of his origins and his homeland, honoring Portuguese traditions and popular music. (…) To this extent, he can be genuinely considered a “Ambassador of Portuguese culture in Brazil”, added the diplomat.

Jorge Cabral recalled “with emotion” the meeting he had with the singer, in January this year, in the Brazilian city of São Paulo, on the occasion of the visit to Brazil of the Secretary of State of the Communities, José Luis Carneiro, when Roberto Leal told them, “with great passion and enthusiasm”, of the various projects related to his professional activity, which he intended to carry on.

“Today we were confronted with the news of the death of Roberto Leal and although we know of his illness was a surprise. There is a huge feeling of affection for him that, throughout his career, became a symbol of the community and knew how to make a good bridge between the Brazilian and the Portuguese people, “said the Consul General of Portugal.
“His music made this fusion, it was a point of connection between Portuguese and Brazilian culture,” he added. 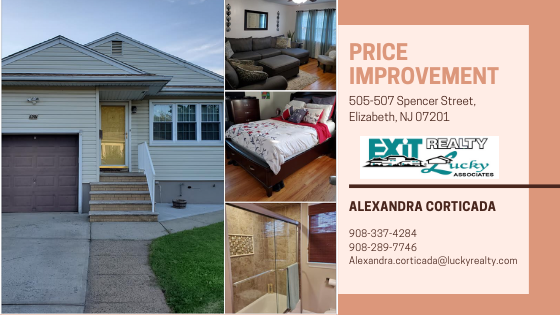 The singer “was someone who always knew how to dignify the Portuguese presence in Brazil and without a doubt [his death]is an irreparable loss to Portuguese music in Brazil,” said Paulo Machado, concluding that “the community has lost a great friend.”

President of the Permanent Council of the Council of Portuguese Communities (CP-CCP), Flávio Martins,

“He sold millions of records, earned fame, money, and comfort, but never ceased to reverence his family, his country and his most essential values, whether through his music, the loving, respectful and caring way he attended to. whoever looked for him. I never saw him, even very tired, fail to meet all fans who wanted a hug, a kiss, a photo, or some of the idol’s attention, “said Flávio Martins, speaking to Lusa.

“In these more than 45 years of career as Roberto Leal, justified his name: “Leal”, and was just like everyone who dealt with him, loyal and always with kind words to anyone: personality or anonymous, community Portuguese or not, “said Flávio Martins.

Manuel Magno Alves, President of the Luso-Brazilian Community Council of the State of São Paulo also mourned the death of the singer.

“The Portuguese community is very dismayed because he was one of the symbols we had. He was a kind of ambassador of Portuguese music in Brazil and in the world. It will be a while before we get another Representative doing what he did,” he said.

“We received with shock the news of his death and although we knew he was ill, in recent months Leal had resumed the show schedule and we believed he could stay with us longer,” added Magno Alves.

The president of the council of the Luso-Brazilian Community also considered that Roberto Leal “was a dear person to all, especially for his humble way of being”.

The Casa de Portugal Folkloric Group in São Paulo published, on the social network Facebook, a note of regret stating that the singer was “one of the greatest exponents of Portuguese music in the world and, perhaps, the largest in Brazil”.

“It is a great loss, but no doubt his legacy will be eternal and heard for generations. We have had the opportunity and honor to introduce ourselves a few times at his side.”

The Portuguese Association of Sports of Brazil also issued a note saying that “We mourn the loss of the author of the current anthem of the Club, and gives the condolences of an entire nation for the loss of dear Roberto Leal. The Portuguese immigrant who adopted Brazil as his land and Lusa as his heart team. “

At the funeral, the fans sang the artist’s famous songs, carried records and portraits, in a last tribute, which was also attended by the Minister of Foreign Affairs, Augusto Santos Silva, of the Portuguese Consul General in São Paulo, Paulo Nascimento, Portuguese Parliament Deputy José Cesário and members of the council and the Luso-Brazilian community.

“I know Roberto Leal’s music since I was a child because I’m a Portuguese daughter. At all we had music by Roberto Leal. This was the only artist wake that I came to [personally]. My family and I are feeling his death a lot, ”explained Cátia Rosa.

The Lusodescente, 47, said that at family parties were played and danced to the music of Roberto Leal.

“He was a humble person, who sang the joy of Portugal and our family spoke of Portugal all the time. we also know country from his songs. My father, my 100-year-old grandmother who is here also [at the wake]remembered his birthday place through his songs, “he added.

For the Luso-Brazilian, Roberto Leal meant love between the two countries.
“He meant the love between Brazil and Portugal. Of that suffering people who came to Brazil at the time of [António de Oliveira] Salazar, at that time when there was dictatorship in Portugal. My father came to Brazil because of this and [to me]Leal remembers this union of Brazil and Portugal, “he said.

Alberto Faustino Aires, 42, also mourned the death of the singer, stressing that he was part of his family history.

“He [Leal] does a little of our history. My parents are Portuguese, my whole family is actually [from Portugal],” he said, adding that the Portuguese community “is very strong in Brazil also because of him.”

To Juliet Maria Jan Jacomo, 65, who began to follow Roberto Leal’s artistic career at 17, “Brazil has lost an idol”: “We are very sad. The whole Brazil has stopped “.

“I was shocked [with his death], I cried so much yesterday. I was a little flu, crying. It was horrible. I came to the wake to give him a fondness. He was very important to the Portuguese community,” he noted.

Paulo Machado, vice-president of the São Paulo House of Portugal, considered that Roberto Leal was one of the artists who were part of the history of the community and that space.

“Casa de Portugal and the community today are obviously in mourning because they lose one of their greatest symbols and the most eminent person of the Portuguese in Brazil. Roberto Leal had a history closely linked to the history of Casa de Portugal, especially the from 1962, when he began his career, which at the height of his success never forgot the Casa de Portugal, “he explained.

The leader of Casa de Portugal stressed that “not only the Luso-Brazilian community, but also Roberto Leal’s large Brazilian public identified the joy of Roberto Leal’s way of being and being.”

His career was divided between Portugal and Brazil, where he lived, presenting himself as an of Portuguese culture in Brazil.He also gave shows in all Portuguese communities around the world.

For two years now he had cancer and had vision problems and blindness in his right eye due to radiotherapy treatments.

The singer’s funeral took place on Monday at Casa de Portugal, in central São Paulo, and was buried at Congonhas Cemetery, in the south of São Paulo.