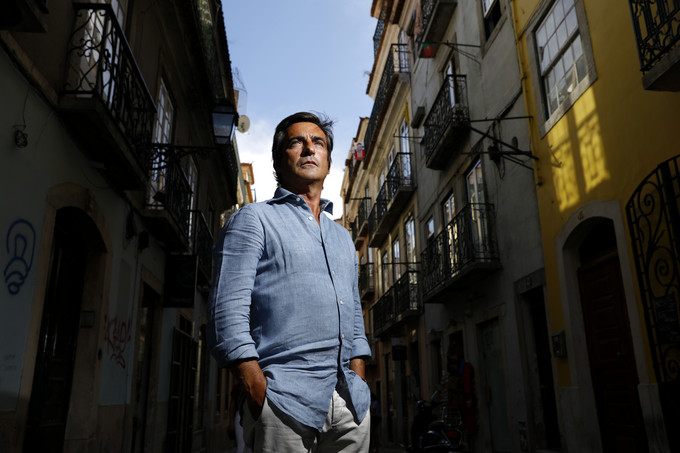 Fado Festival NY&NJ enters its third year with a dazzling new venue partner, Brookfield Place New York, its most expansive lineup of artists and, with four free events, an incomparable opportunity for fans to hear some of the most revered singers on the Portuguese fado scene today. As in previous editions of the festival, the 2019 edition offers an unparalleled portrait of fado’s past, present, and future. The festival will feature four of fado’s biggest names– Camané, Hélder Moutinho, Ana Sofia Varela, and Maria Emília — as well as the fado-inspired U.S.- based Portuguese jazz singer Sofia Ribeiro.

This year’s festival is the biggest and most extensive to date, running May 1 – 11. It features daytime and evening shows–all free and open to the public–from May 1 to 4 at Brookfield Place, a bold, state-of-the-art venue for cultural programming in New York City. The following weekend, Fado Festival NY&NJ travels to the historical center of fado in the United States — Newark, New Jersey — on May 11 for a walking tour of the Ironbound district and an intimate fado concert at Sport Club Português. 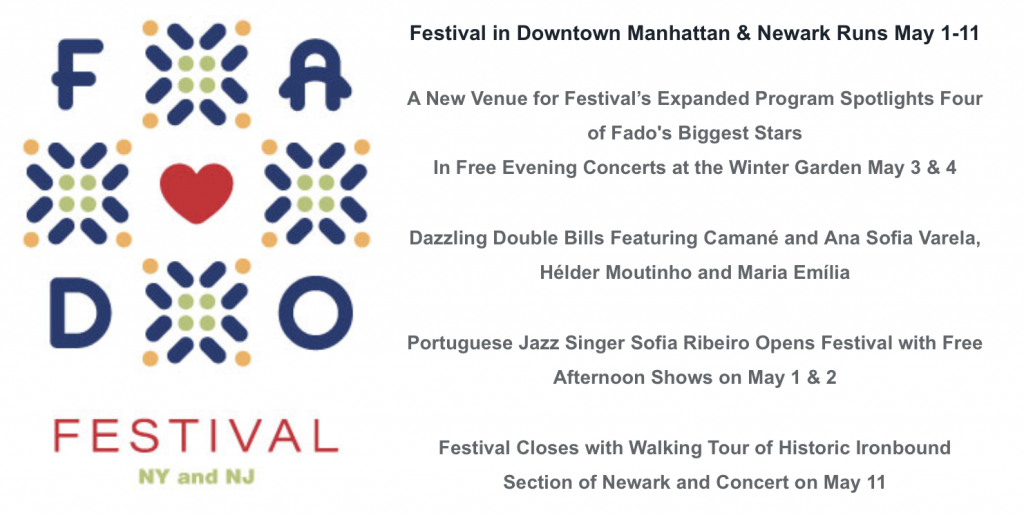 Fado is enjoying a global resurgence, buoyed not only by worldwide tours of artists who perform it, but also by the experiences of visitors to Portugal who have heard the music in the small taverns and community collectives where it was born and still thrives. Fado captures the spirit and inventiveness of Portugal — as well as some of its boldest contradictions. The music can be wildly improvisational even while adhering to its strictest traditions; its lyrics span the sacred to the secular; and its practitioners are a fluid mix of individuals representing nearly every corner of Portuguese society. 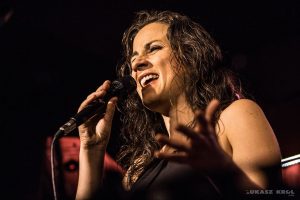 May 1 and 2, both at 12:00 pm. An award-winning performer, Ribeiro’s latest recording, Mar Sonoro, embraces fado, jazz, and contemporary Brazilian music. Ribeiro has released a total of eight studio albums and has performed extensively throughout the U.S. and Europe. The festival’s free evening concerts begin at the Winter Garden at Brookfield Place with a double bill featuring Camané and Ana Sofia Varela on May 3 at 7:30 pm

Camané’s highly influential body of work, captured in nine studio albums (six certified gold) and countless live performances over more than 30 years, has established him as the deacon of 21st century fado. His two most recent records are both monuments to the form, as well as being his furthest-ranging and most penetrating to date. Infinito Presente, the product of an extended collaboration with the writer José Maria Branco, operates on a knife-edge: while the lyrics and arrangements are deceptively simple, even sparse, they express the enigmatic, ineffable emotion that the Portuguese claim as uniquely and exclusively theirs: saudade, which is at once the happiness that brings sadness, and the sadness that brings happiness. On Camané’s most recent record, Canta Marceneiro, he revisits the repertory of Alfredo Marceneiro, an early 20th century fado singer who, though only moderately competent as a technician, completely recast fado’s possibilities for artistic expression through unbridled inventiveness, guile, and wit. Camané’s Canta Marceneiro is filled with picaresque stories that reveal the common cares and fears in all of us through the lives of wizened waitresses, drunken painters, and kings’ courtiers. 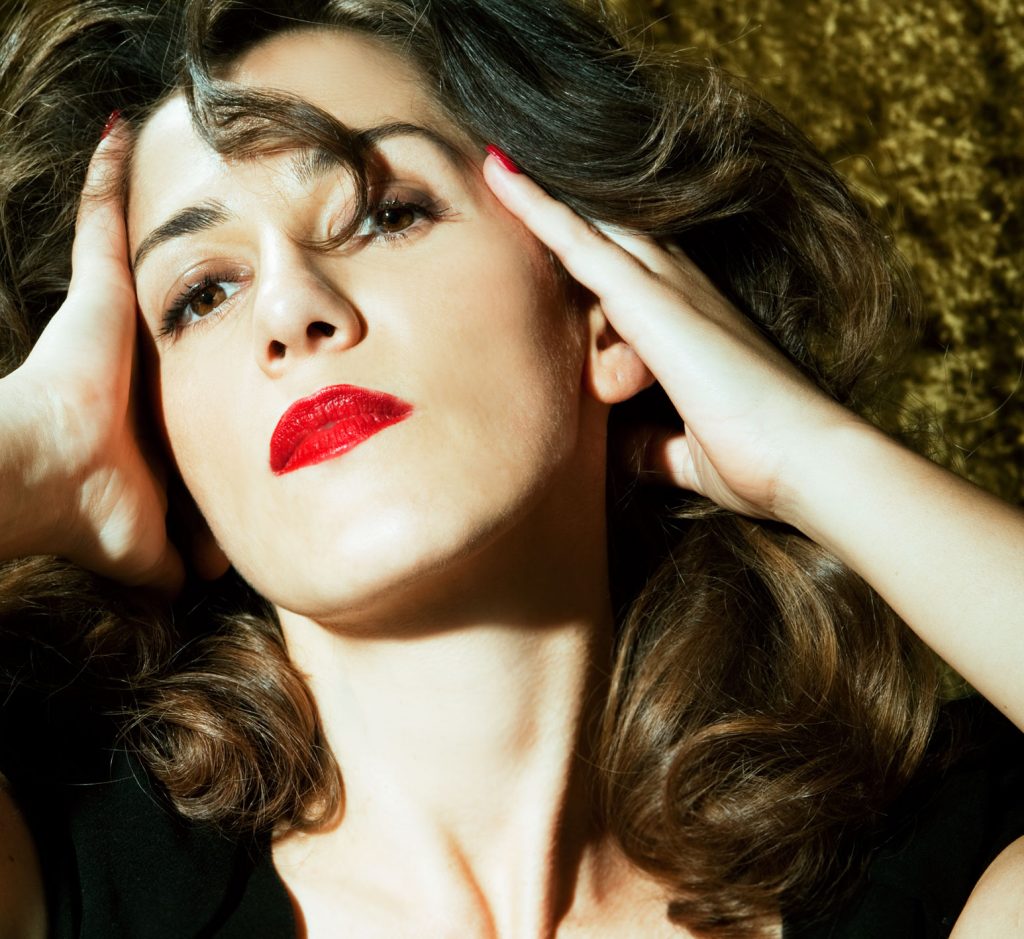 Ana Sofia Varela rose to prominence in the early 2000s as one of a small group of young and dynamic new fadistas, initiating a period of vibrancy and innovation that continues to the present. Her two album-length releases–a self-titled 2002 debut and 2009’s Fados de Amor e de Pecado–are tender and heartfelt recordings that recall the lonely landscapes and Moorish influences of Portugal’s Alentejo region through the lives of various women. Varela has performed extensively throughout Portugal and Europe. She is currently at work on the new record, scheduled for release in 2020.

The second evening double bill at Brookfield Place featuresHélder Moutinho and Maria Emília on May 4 at 7:30 pm, as well as a pre-concert talk at 6:00 pm with fado historian and scholar Dr. Lila Ellen Gray. 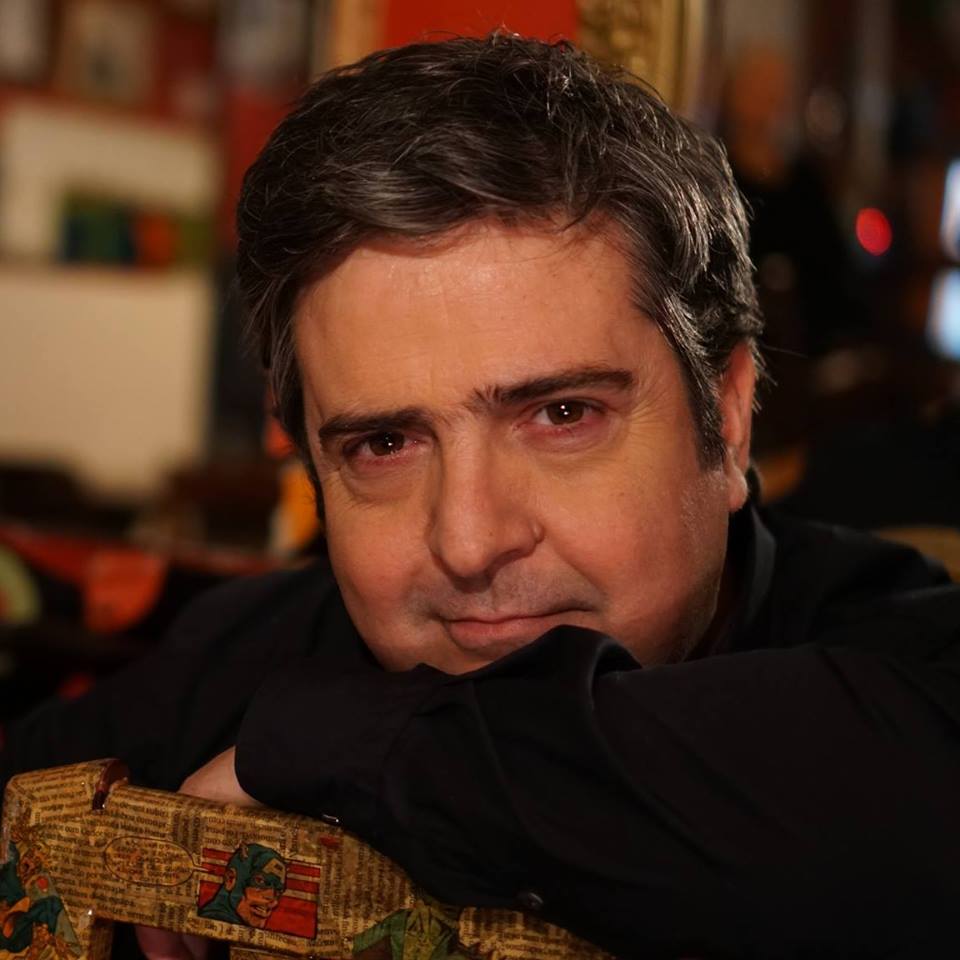 Hélder Moutinho is first and foremost a fado singer of startling depth and invention. With his brother, Camané, he shares a long family lineage devoted to fado. Hélder Moutinho’s albums are multi-faceted creations, each built around a unifying concept: they evoke contemporary experiences of love and loss, framed by the ancient alleyways and shadows of Old Lisbon. A songwriter and a poet, Moutinho is also one of a very select group of singers who manage their own fado venue, or “Casa de Fados” (fado house). In this case, the “casa” is “Maria da Mouraria,” where fado’s first great singer, Maria Severa, lived more than 150 years ago. It’s a pulsating, mythical place at the center of a bustling community of fado singers, musicians, lyricists, and composers. For this concert, Moutinho promises “a voyage through the streets and history of Lisbon via the words and sounds of Fado.”

Performing the same evening is Maria Emília, a beautiful, burning light of contemporary fado. She moved from Brazil to Portugal at a young age, and began singing fado early: now 28, she has been performing for 15 years. Throughout this time, she has demonstrated a steadfast devotion not only to the music’s deepest traditions but also to its expressive possibilities. Onstage, the effect is mesmerizing: perhaps no other singer of her generation combines raw magnetism, complete freedom, and total commitment to traditional fado to such devastating effect. Her new CD, Casa de Fado, sparkles with bittersweet fados such as “Perfeito Pecado” and “Sou um Fado desta Idade”, while laying bare the raw emotion of classics such as “Um dia cheguei-me a ti” and “Agora.”

All singers on both nights will be backed up by a trio of dynamic musicians: André Dias (Portuguese guitar), André Ramos (classical guitar) and Rodrigo Serrão (acoustic bass guitar).

The festival concludes on May 11 with a walking tour and live fado performance in the Ironbound neighborhood of Newark, New Jersey, home to a thriving fado community of its own. The Ironbound—so named for the bustling railroad system that encircles it—is an iconic Portuguese neighborhood known for its European feel and for the hundreds of restaurants, cafes, bars and stores within it. The tour will visit local establishments furnishing Portuguese wine, food, and pastries, as well as important cultural attractions. The tour’s final stop will be the Sport Club Português, a leading cultural institution located in the heart of the Ironbound, for refreshments at 6:00 pm and an intimate fado concert at 7:00 pm. The tour departs Sport Club Português (55 Prospect Street, a 5-minute walk from Penn Station Newark) at 4:30 pm

Arts Brookfield presents exciting, world-class cultural experiences to hundreds of thousands of people for free each year in both indoor and outdoor public spaces at Brookfield’s premier office properties in New York, Los Angeles, Denver, Houston, Washington, D.C., London, Toronto, Perth, and Sydney. From concerts, theater and dance to film screenings and art exhibitions, Arts Brookfield has brought public spaces to life through art for the past 30 years.

Brookfield Place (BFPL) New York is one of Brookfield’s most iconic Place Making destinations that brings together modern office space, cultural experiences, curated dining and world-class shopping. One of New York City’s most dynamic districts, Brookfield Place is a step away from every day and in step with the latest in the global and local culture. The 14-acre, 5-building complex on the Hudson River in Lower Manhattan is home to some of the world’s most innovative companies and one of New York’s most celebrated experiential, culinary and shopping destinations. Brookfield animates its grand indoor and outdoor public spaces year-round through a mix of culture and events, bringing together a diverse array of New Yorkers and visitors. From waterfront cafes along the North Cove Marina to palm trees inside the famed Winter Garden, art installations to live music, Brookfield Place New York is a setting for discovery and inspiration, savoring and indulging, relaxing and socializing.

Fado Festival NY&NJ is the first and only festival of its kind in the U.S. Previous editions have included performances from such fado luminaries as Carlos do Carmo, Celeste Rodrigues, Gisela João, and Ricardo Ribeiro. In 2018, the festival staged another first: a three-day series of intimate fado concerts in Newark, NJ that showcased Portuguese food and music in a special “fado house” constructed for the occasion. Fado Festival NY&NJ has also included community events and educational experiences on fado history and culture.