Trending
You are at:Home»Featured»Porto, Another Reason Portugal is a Best World Travel Destination 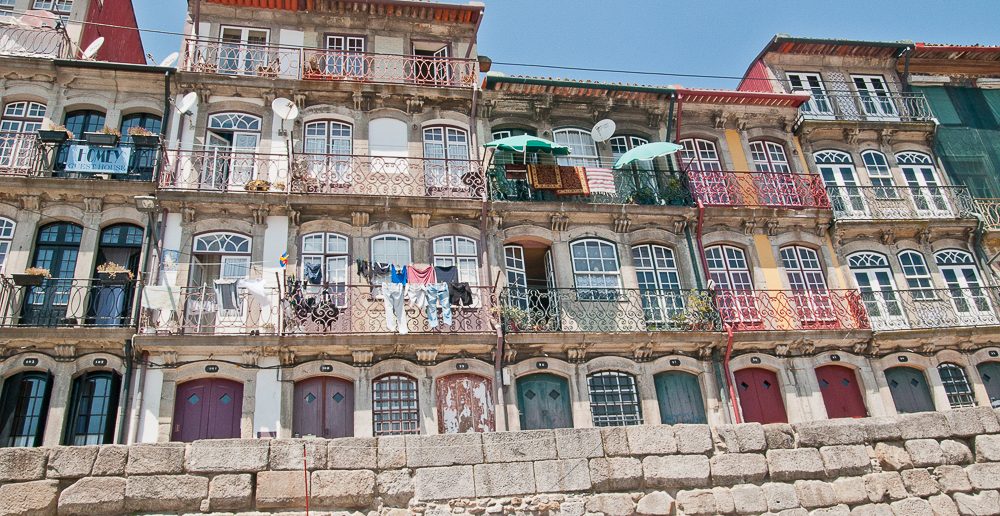 Porto, Another Reason Portugal is a Best World Travel Destination

There is something mystical about the city of Porto. Everyone is talking about this dynamic historical city that has so much to offer and became a favorite travel destination for many.

There are several reasons for Portugal’s popularity and our “Explore Portugal” series of articles will let you know some of the reasons.

The city of Porto, located on the northwest coast of Portugal, is one of the reasons. It has both old-world charm and vibrant nightlife.

With a population of about 240,000, Porto is Portugal’s second-largest city after Lisbon and there are so many things to do, see and appreciate when you visit this city.

The city of Porto is located along the Douro river in the Northwest coast of Portugal and is known for, among other things, the world-famous port wine and the amazing Francesinha sandwich.

The Douro Valley region with its steep slopes, climate and soil provide the ideal conditions for growing the grapes used in making port, a fortified after-dinner dessert wine made with a variety of grapes. Some of the most common varieties used in making port are the Touriga Francesa, Tempranillo, Tinta Barroca, Touriga Tinta Cão and Trincadeira.

A must when you visit the city of Porto is a relaxing cruise on the Douro river with a traditional Portuguese lunch served aboard. Throughout your trip, along the winding river, you will see the world-famous vineyards that produce Port wines.

Another unique delight in the Porto area is the world acclaimed Francesinha sandwich, a distant relative of the French croque-monsieur. It is a hearty meal made with bread, linguiça, sausage, steak, topped with a fried egg and melted cheese, and drenched with a hot tomato and beer sauce. It is usually served with french fries and accompanied by a cold glass of draught beer.

The Francesinha sandwich became a hit and is now a popular dish associated with the city of Porto.

Enjoy the famous Francesinha with a cold draft beer, of course, in one of the many restaurants and bars located alongside the riverside Cais da Ribeira, and take in the view of the iconic Luís I Bridge, that goes across the Douro River and connects the cities of Porto and Vila Nova de Gaia.

One can see the “Barcos Rabelos”  (Rabelo Boats), on both sides of the Douro River. These vessels were used for several centuries to transport Porto wine barrels along the river.

You can also walk across the Luis I Bridge to Vila Nova de Gaia and visit some of Porto’s famous wineries and go on a tour of one of the wineries located along the riverwalk and sample some of the finest Porto wines or ride in one of the Rabelo boats.

In the center of the city, you will find the Carmo and Carmelitas churches which appear to be one church. They are actually two churches. Sandwiched between the two churches is what might be the world’s narrowest house separating the two churches. Its purpose was to keep the monks and the nuns separated. The Carmo church features a magnificent blue and white tile mural on its exterior wall.

The Majestic Café, located on Rua de Santa Catarina, was originally called “Elite” on December 17, 1921. From its beginning, it was frequently associated with the distinguished people of the time.

Clérigos Tower is the most recognized landmark in Porto. It opened in 1763 and became Portugal’s highest bell tower. It is the most emblematic building in the city and a reference in the history of Porto.

The Capela das Almas, on Rua de Santa Catarina, is a chapel famous for its ornate exterior of blue & white tiles (Azulejos) painted with scenes depicting scenes from the lives of various saints.

The lively Rua de Santa Catarina in Porto’s downtown where the Majestic Café, one of the top 10 most beautiful cafés in the world, is located.

The Lello Bookstore, also known as Livraria Lello & Irmão and Livraria Chardron, was built in 1906 and is one of the world’s most beautiful bookstores.

Avenida dos Aliados, Porto’s most grandiose avenue, is in the heart of the city. The boulevard is lined with grand buildings and a central promenade.

Ribeira, one of Porto’s most popular neighborhoods, is one of the most picturesque sections of the city. It’s situated on the riverbank. The building façades are very colorful and nicely decorated.

When in Portugal don’t miss the opportunity to visit these two cities in the Douro region. You will be enchanted with Porto and Vila Nova de Gaia and your memories will last a lifetime.