Trending
You are at:Home»Community»Fado from Portugal with Marco Oliveira, Tânia Oleiro and Sandro Costa

Award-winning Portuguese fado singers Marco Oliveira and Tânia C. Oleiro will be touring the U.S. in early November in support of their latest CD releases. Musical accompaniment will be by Marco Oliveira on viola and by Sandro Costa on Portuguese guitar. 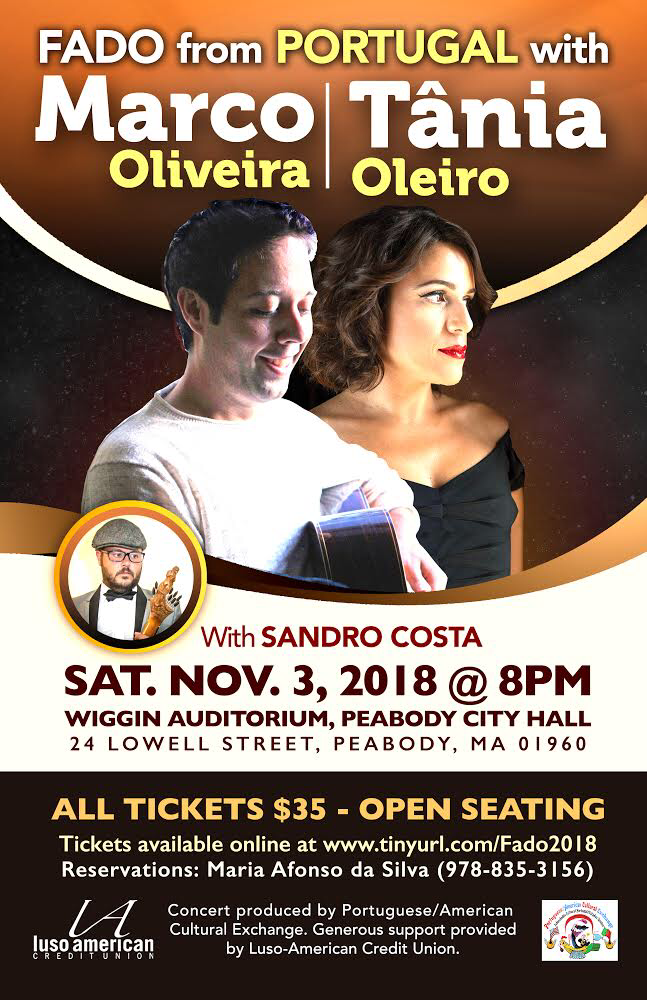 Fado from Portugal in Peabody, MA

Marco Oliveira‘s two critically acclaimed records, Retrato and Amor é Água que Corre, chart fado’s topography in the modern world, his tales of longing (Portuguese saudade) unwinding through the labyrinth of Lisbon’s darkened streets. He is a singer, musician (viola), composer and writer who has performed fado worldwide.
Tânia Oleiro‘s debut record, Terços do Fado, is proudly traditional while reaching into fado’s future through lyrics by some of fado’s best contemporary writers.
Oliveira and Oleiro will be joined by Sandro Costa on the Portuguese guitar. Costa is known as a master improviser and provocateur who has honed his craft through countless performances in Lisbon’s most traditional taverns, as well as on national and international stages.

Links to Tickets and More Information