Trending
You are at:Home»Events»Viva Portugal Festival 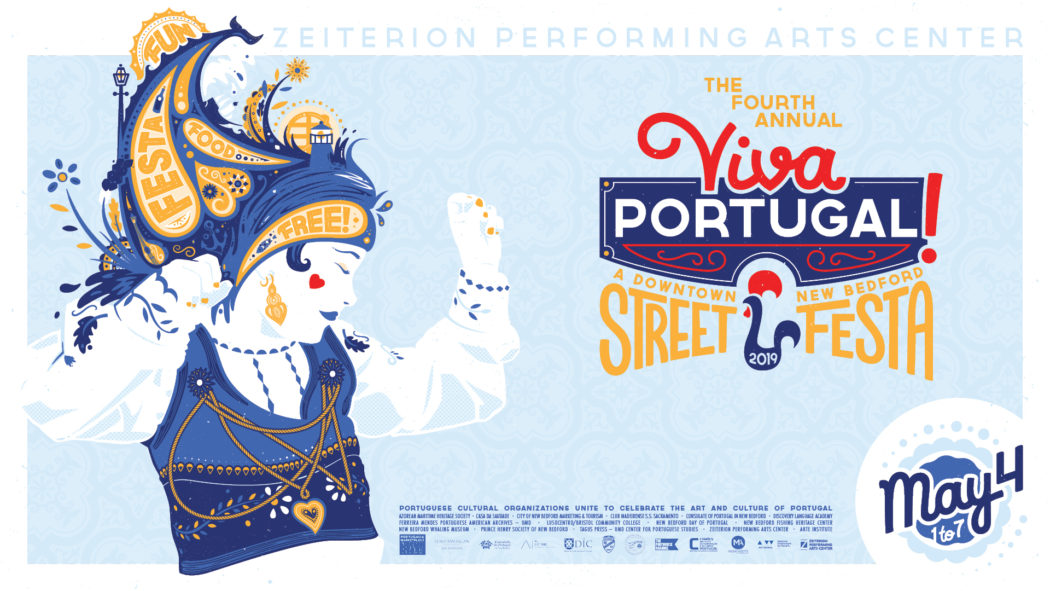 The Z and local Portuguese-American organizations once again bring the tastes, sights and sounds of Portuguese culture and heritage to downtown New Bedford. You don’t have to be Portuguese to enjoy the family-friendly festa – all are welcome! Free. In front of The Zeiterion.

Watch cooking demonstrations with celebrity Portuguese chefs! See how they create dishes and sample a taste. The chefs are available to sign books after their demonstration.

1:30-2:20 Maria Lawton cooks a fresh cod dish in a garlic, onion and tomatoes.  Known as the “Azorean Greenbean,” Maria has made it her quest to research and recreate the classic recipes of her Azorean heritage for her book, “Azorean Cooking,” now in its eighth printing.

2:30-3:20 Maria Dias, Cook Book author, Creator of Tia Maria’s Blog, and Chef. Creating hundreds of Portuguese dishes made easy for anyone to cook! Her cook book “Taste Portugal, 101 Easy Portuguese Recipes” will be available for purchase.

4:00-4:50 Feed your wanderlust! See what’s it’s like to be in Lisbon with photos, videos and Portuguese pastries. Presented by UMass Dartmouth’s Tagus Press and Sagres Vacations.

Mini-Whale Boat Races! Hosted by the Azorean Maritime Heritage Society
Soccer with the New England Revolution! Put your soccer skills to the test with their accuracy kick game!
Read! Browse through a children’s collection of Portuguese books and magazines from the Casa da Saudade Library.
Imagine! Get swept away in the Portuguese-English bilingual story hour by the Casa da Saudade Library.
Crafts! Create paper puppets with Portuguese cultural symbols like the iconic rooster, known as the Galo de Barcelos.
Face Painting! Or as we say in Portuguese “pintar a cara”
Play! Try your hand at jenga, korn hole, and Connect Four