Trending
You are at:Home»Events»Portugal, Europe and Democracy 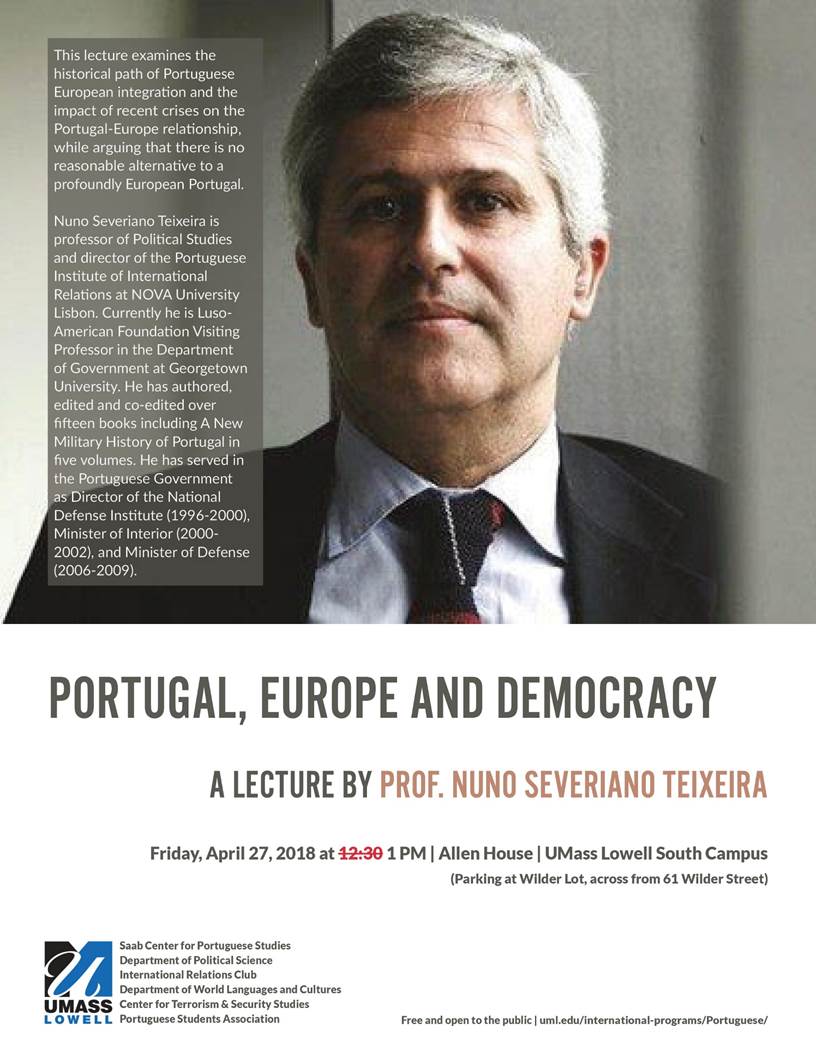 In over four decades of Portuguese democracy, European integration has always been a central point. Europeanization was a factor in the consolidation of democracy in Portugal, while democratization helped legitimize Portuguese integration into Europe after centuries at the far end of the Iberian Peninsula and a more Atlantic vocation.

Nonetheless, the assumptions about the symbiotic relationship between democracy, Portugal, and Europe were challenged and continue to be put into question by the recent Euro crisis.

This lecture examines the historical path of Portuguese European integration and the impact of recent crises on the Portugal-Europe relationship while arguing that there is no reasonable alternative to a profoundly European Portugal.

Nuno Severiano Teixeira is a professor of political studies and director of the Portuguese Institute of International Relations at NOVA University in Lisbon. Currently, he is Luso American Foundation visiting Professor in the Department of Government at Georgetown University.

He has authored edited and co-edited over fifteen books including  A New Military History of Portugal in five volumes. He has served in the Portuguese Government as Director of the National Defense Institute (1996-2000) Minister of the Interior (2000-2002), and Minister of Defense (2006-2009).

This event is free and open to the public.