Trending
You are at:Home»Events»The Azores – 9 Islands | 9 Photographers – An Exhibition at the University Crossing 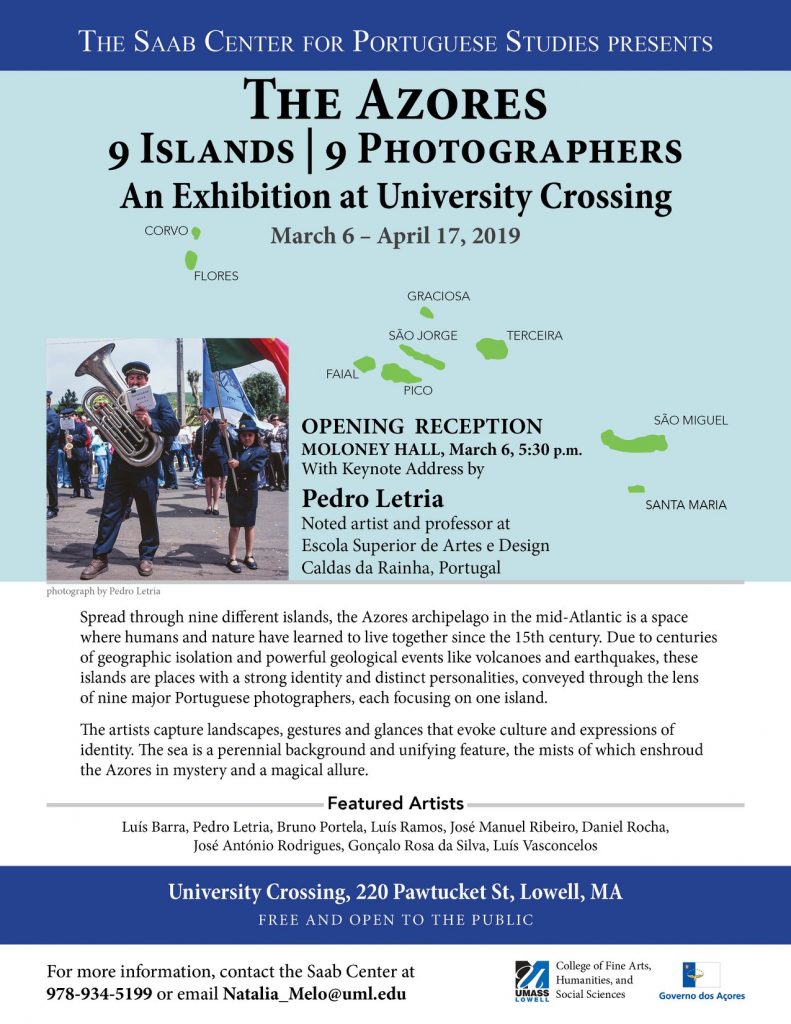 The Saab Center for Portuguese Studies is proud to present the US debut of a groundbreaking photographic project showcasing each of the Azores’ nine islands, seen through the lenses of nine of contemporary Portugal’s best photographers. Taken together, the photos, all in large format, capture the people, customs and natural wonders of the Azores like no others. The exhibition, originally sponsored in part by the Government of the Autonomous Region of the Azores, has never been shown outside Portugal.

Until recently, the Azores islands have been known mainly to its inhabitants, the relative few who have visited there, and the hundreds of thousands who emigrated from them during the last two centuries.

The exhibition is an exceptionally rare opportunity to witness the customs and the natural wonders that have shaped the archipelago’s almost 600-year history. The exhibition covers every island—Corvo, Flores, Graciosa, Terceira, São Jorge, Faial, Pico, Santa Maria and São Miguel—through more than 50 photographs, producing a portrait of Portugal’s most mysterious and enigmatic territory, and revealing the enduring legacy of the Azores and its people. The UMass Lowell version of the exhibition is curated by Anna Isaak-Ross, Studio Manager for the Art and Design Department.

This program is supported by UMass Lowell’s College of Fine Arts, Humanities and Social Sciences and the Government of the Autonomous Region of the Azores.

For more information,
contact the Saab Center at 978-934-5199
or email Natalia_Melo@uml.edu