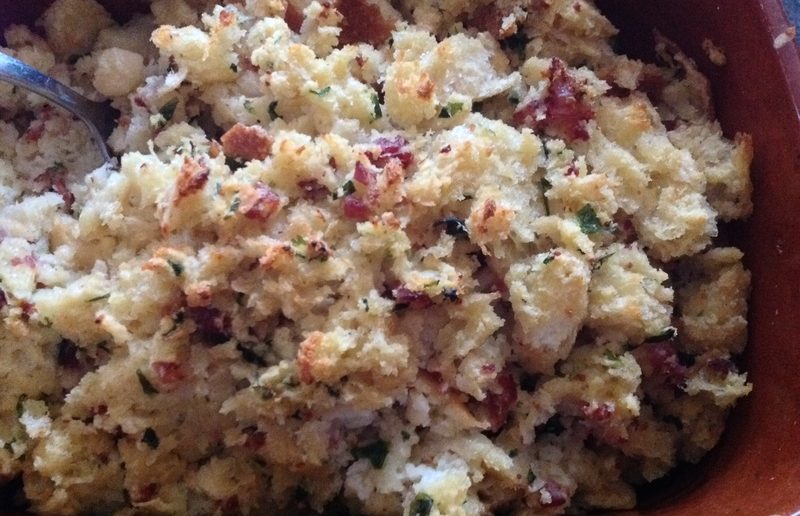 Quite often, when discussing our Portuguese culture, it has been said among friends “you could always tell when you have entered a Portuguese home.”  So what does that mean?  For the younger generation, usually American born, the topic of plastic coverings on furniture or rugs, second kitchens and funny habits are brought up.   But many Portuguese, and you know who you are, especially the older generation, it requires little if any, explanation. It means in an unspoken explanation of words, “aroma”.  You know, those aromas emitting from activity in the kitchen.

Aromas abounded in Portuguese homes especially when the women were stay-at-home mothers.  Even if they worked outside the home, when they came home, these mothers and wives would begin to prepare dinner unless it was already done or started by a grandmother or aunt who lived in the home.

The aromas I speak of are recognizable ones from “refogado” or “cebolada” (depending on what region); the simmering pots of onions sautéing in olive oil and sometimes enhanced with peeled chopped tomatoes and most definitely garlic.  I mean, what Portuguese cook worth their salt doesn’t use an abundance of onions and garlic, potatoes, parsley and /or cilantro and spices like paprika, chili peppers and cumin?

Stews and braises of pork, rabbit, beef, poultry, lamb or seafood have that signature base aroma that, when you enter a Portuguese house and you get the first scent, you think, “Ah, I know I am in a Portuguese home because of the signature aromas.  How about the aromas coming from sardines grilling away in the backyard?  Now despite the delicious sardines, that is a distinctive aroma which definitely belongs in the backyard.

Today, though there are some exceptions, the amount of distinctive aromas emitting from the kitchen of Portuguese homes has decreased due to the aging of many of our elders, the younger generation eating out more and time constraints. Plus, sad to say, there are many of the younger generation that are not interested or can’t make the time to learn from their mothers and grandmothers but are perfectly happy to eat and enjoy their favorite Portuguese dishes when someone else is cooking. 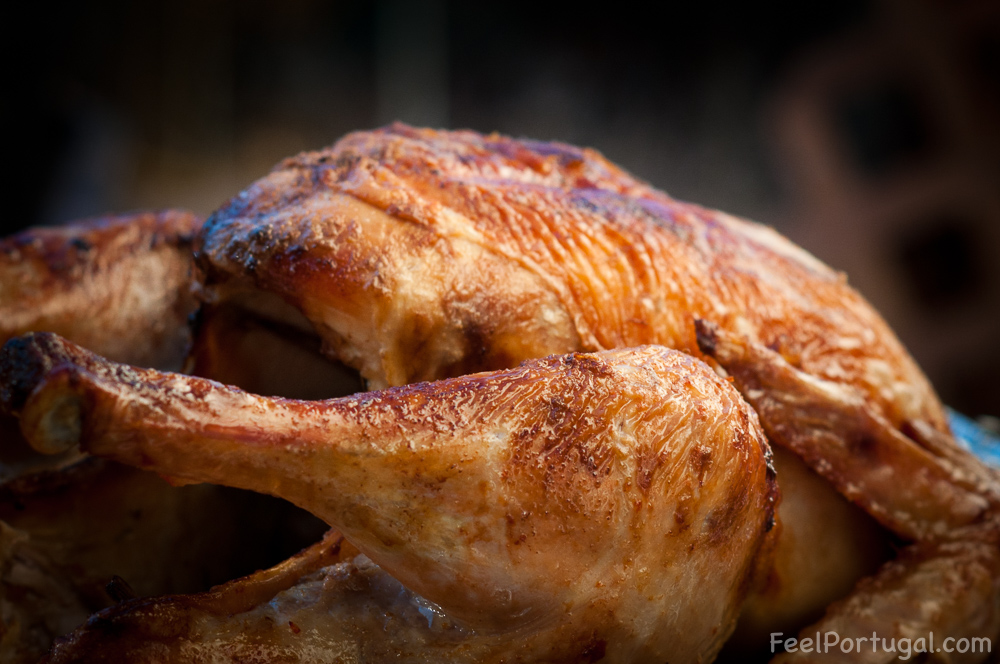 With the holidays for example, when the turkey is roasting and I can smell the aroma of my grandmother’s stuffing, the scents just make your mouth water. And you know, it isn’t just knowing you are in a Portuguese home when those aromas are floating around, and I can’t quite explain the emotions and memories that transplants my soul in my kitchen. But I can tell you that when I answer my door for my arriving dinner guests, it gives me great pleasure when they exclaim, “Something sure smells good”! 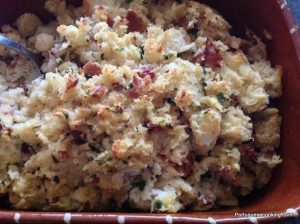 Using your hand, squeeze out excess milk from the bread then breaking it up in pieces, add the moistened bread to the onion mix.  Using your hands, mix in without compressing, the eggs, almonds and olives. Adjust seasoning to your taste.

Simple as it seems, it is the basis for many stews, braises, and sometimes soups.  This can be expanded on to include spices like cumin, cinnamon depending on what you are making.

This is an example of the base:

1, 2 or more large onions, (depending on what you are making) sliced thinly or thick depending on the length of cooking time-  the shorter the time, the thinner the slice or the onions will just melt away if too thin with a lengthily cooking time.

For example:
1 teaspoon or a tablespoon of paprika
¼ -1/2 cup peeled, seeded and chopped tomato
Garlic cloves- fresh garlic is best- to your taste
¼ – cup of white wine or more depending on the dish
1 bay leaf
Chili pepper flakes or hot sauce, to taste
Fresh parsley
Fresh cilantro

2.  Once you have added the seasonings, let it simmer, covered for a few minutes so the ingredients can marry to one another and then the aroma will fill your kitchen and beyond!